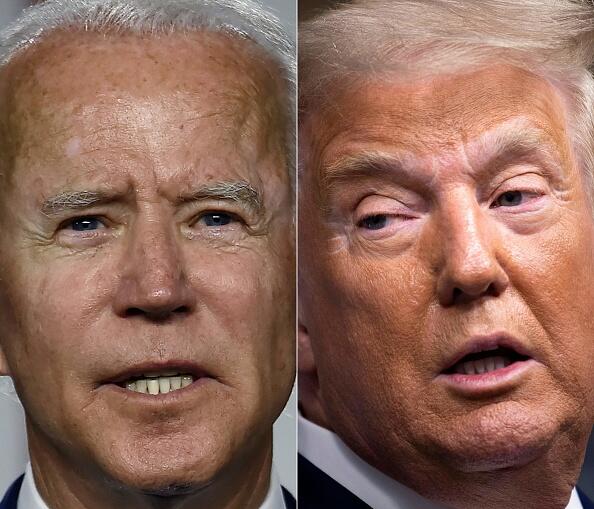 There are 3 types of Presidential voters according to John & Ken. Solid Biden voters, solid Trump voters and people who wont admit to ANYONE who they will vote for. For many obvious reasons most of the latter voters are Trump people. To admit you want to vote for Trump won't win you many invites to union rallies or BLM protests.

But these people may be the hidden edge Trump needs for another upset. Remember, the dopey pollsters had Hillary in a landslide in 2016.

Trump voters by nature don't trust poll counters and those nonsense requests to respond to their polls.

Trump voters typically think the media and pollsters are frauds and think how they vote is none of anyone's business.

In 2016, months of national polls confidently showed Hillary Clinton ahead, and set many Americans up for a shock on Election Night, when the Electoral College tilted decisively in Trump’s favor. Two pollsters who weren’t blindsided by this are Arie Kapteyn and Robert Cahaly. Kapteyn, a Dutch economist who leads the USC’s Dornsife Center for Economic and Social Research, oversaw the USC/Los Angeles Times poll that gave Trump a 3-point lead heading into election day—which, Kapteyn notes, was wrong: Clinton won the popular vote by 2 points. Cahaly, a Republican pollster with the Trafalgar Group, had pre-election surveys that showed Trump nudging out Clinton in Pennsylvania, Michigan, Wisconsin, Florida and North Carolina—all of which he won.

During his appearance on The Hill TV's "Rising," Moore began by calling it "awful news" that Biden was ahead of Trump by seven points in his home state of Michigan and explained how Trump managed to cut Biden's lead "in half," citing another poll that had the Democratic nominee "16 points" ahead of the president.

"Trump has tightened virtually every one of these swing states to the point where- what are they saying this morning?... 'Biden's five points ahead in Wisconsin... maybe three points ahead in Florida, two points ahead in Arizona'... Listen, don't believe these polls,'" Moore said. "The Trump vote is always being undercounted. Pollsters- when they actually call the Trump voter, the Trump voter is very suspicious of the 'Deep State' calling them and asking them who they're voting for."

Listen to John & Ken talk about the phenomenon of the silent Trump voter.