Sri Lanka's security agencies had been closely watching a secretive cell of the National Thowheeth Jama'ath, a radical Islamist organization, in the days leading up to the devastating suicide attacks that killed nearly 300 people.

Security officials are now saying they believe the group are responsible for the attacks. Security agencies had been given specific intelligence on April 11 that the group was planning to bomb Catholic churches. India also reportedly shared warnings with them about the group more than a week before and Sri Lankan security officials knew as far back as January that radical Islamists in the country, possibly tied to the group, had stockpiled weapons and detonators, according to the New York Times. 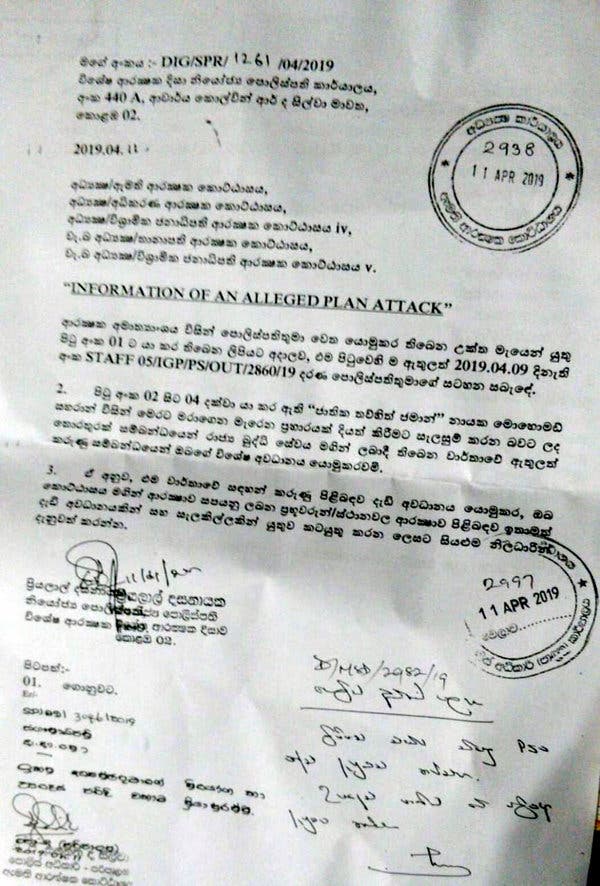 Questions are now swirling around the country's government that failed to act before the bombings, asking why Sri Lanka's own prime minister didn't even know about the intelligence that the agencies possessed.

On Monday, several ministers lashed out at President Maithripala Sirisena, who controls the security services, for not acting on the detailed warnings before the attacks.

“We are ashamed of what has happened,” said Rauff Hakeem, the minister of city planning. “If the names of the persons involved were already known, why were they not arrested?” He called the attacks a “colossal failure on the part of the intelligence services.”