San Francisco is just one of the cities in California that is a cesspool of dirty needles, trash, and human feces.

Known for its beautiful scenery and booming tech industry, San Francisco has become the resting place for around 7,500 homeless people.

And where do people with no home in a cramped city use the restroom? Well right on the sidewalk of course.

Since 2011, there have been at least 118,352 reported instances of human fecal matter on city streets, Forbes contributing author Adam Andrzejewski reports.

SF's beloved mayor London Breed promised to clean things up when she was first elected however, conditions have only worsened.

OpenTheBooks plotted all reports of human waste since 2011 using latitude and longitude address coordinates of all cases closed by the San Francisco Department of Public Works, putting together an interactive map. 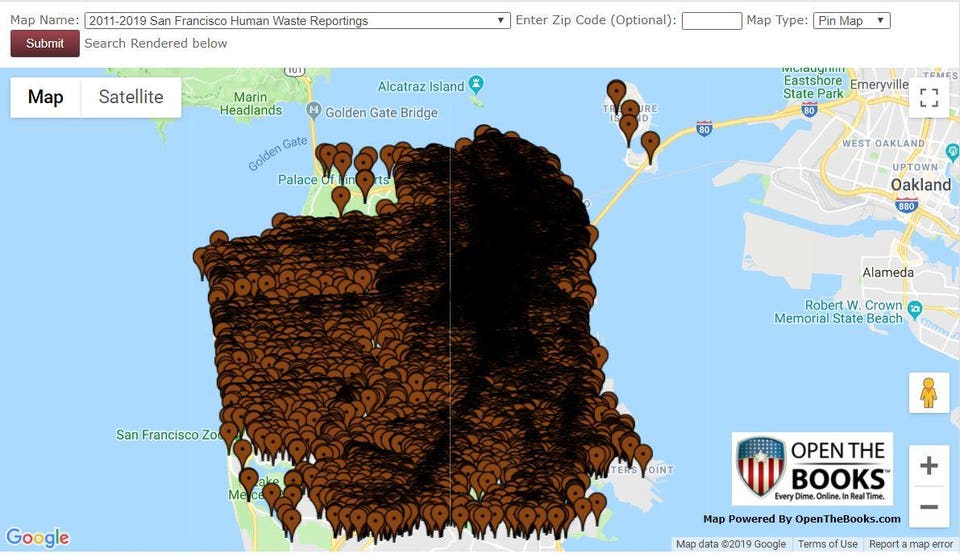 Over the last year, the Department of Public Works instituted a "Poop Patrol" where five teammates were payed $184,000 with benefits to clean up the vagrant poop.

Those are some expensive piles of poop.